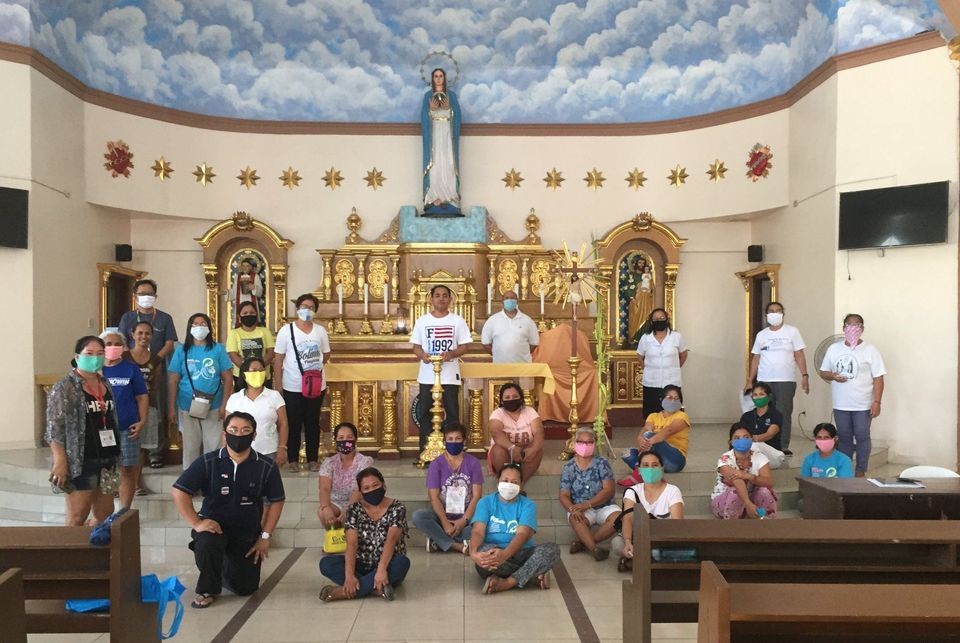 COVID-19 and the Basic Ecclesial Communities

Why is the government relief distribution ineffective especially in densely populated urban centers?

I can think of three reasons:

(1) There is no list of families (complete or preferred) in the local level. The last government census was 2015. If this is the basis of distribution, many will never get their share.

(2) There is no effective distribution system. Without that list, even if the LGUs have budget for goods (which no one knows how much), they do not know where to go and what to do. With packed goods in trucks or vans, they stop by the roadside almost at random, and people will rush and gather around them in throngs. This is the most fertile space for the spread of the virus.

(3) The most vulnerable (PWDs, families in the inner streets, street people, those under the bridge, families in kariton, etc.) — people who need the relief goods most — will not get anything because their names do not exist in the voter’s list or census forms. They are nameless, faceless, non-persons.

Left to itself, even with their budget (which is also slow in coming quite opposite to the Presidential midnight bragging spree), the government is really not prepared to handle welfare and relief services in long-term calamity situations like COVID-19.

The structures of Basic Ecclesial Communities (BECs) found in most parishes all over the country present itself as a viable alternative.

Mostly women-lead, these communities of 10-20 families know each other quite well, since they have lived and shared their lives together for years.

(1) These mothers in Payatas, for example, draw and update the list of members and their non-member neighbors. They review and scrutinize their lists together to rid them of duplication or to make sure all vulnerable families are included.

(2) They distribute the goods – rice, canned goods, gift certificates or what have you – to the families individually so as to avoid crowding and physical proximity. In the case of pandesal, they do it every day.

These interpersonal, contextual, affective and lived faith communities serve as effective structures to make us survive these difficult times, in contrast to the politically partisan and highly bureaucratized government networks.

We learned a lot from the mothers' local knowledges.

For instance, with our meager resources, we should only distribute rice; the families can take care of the rest. As long as they have rice, life is manageable. With their plea for compassion on the ground, the most needy can get the ration first. The families can also take turns receiving. Those who have received something now can wait for the next turn. And they do patiently. Only personal networks can make all these possible.

The mothers have their own families, too. Some of them have small children. They also need to “stay at home” to be safe. But like doctors and nurses, the needs of their neighbors who are suffering from pain and hunger call them to stand up to their calling – not so much professional as their Christian vocation. They heed Jesus’ voice: “Feed the hungry; give drink to the thirsty; console the lonely; fight for justice.”

They go around almost every day, making sure that all have had their share of whatever meager resources the parish has. They have no fees or honoraria. They have no titles or insignia. And since they are also poor, they receive their share of relief goods last, after all have taken. Their only consolation is the joy of seeing someone in tears as she receives five kilos of rice as God's answer to her prayers for sometime now.

They are frontliners, too! The women-leaders of BECs in Payatas and other communities where we work! I salute your dedication. Salamat po sa inyong lahat. Kakayanin natin ito! #walangmagugutom!

THE CONVERSION OF JESUS (AND OURS, TOO)

TOUCH AND HEARING: INCARNATION AND THE GROANING OF CREATION

TASTE AND SMELL: HUNGER AND THE EUCHARIST